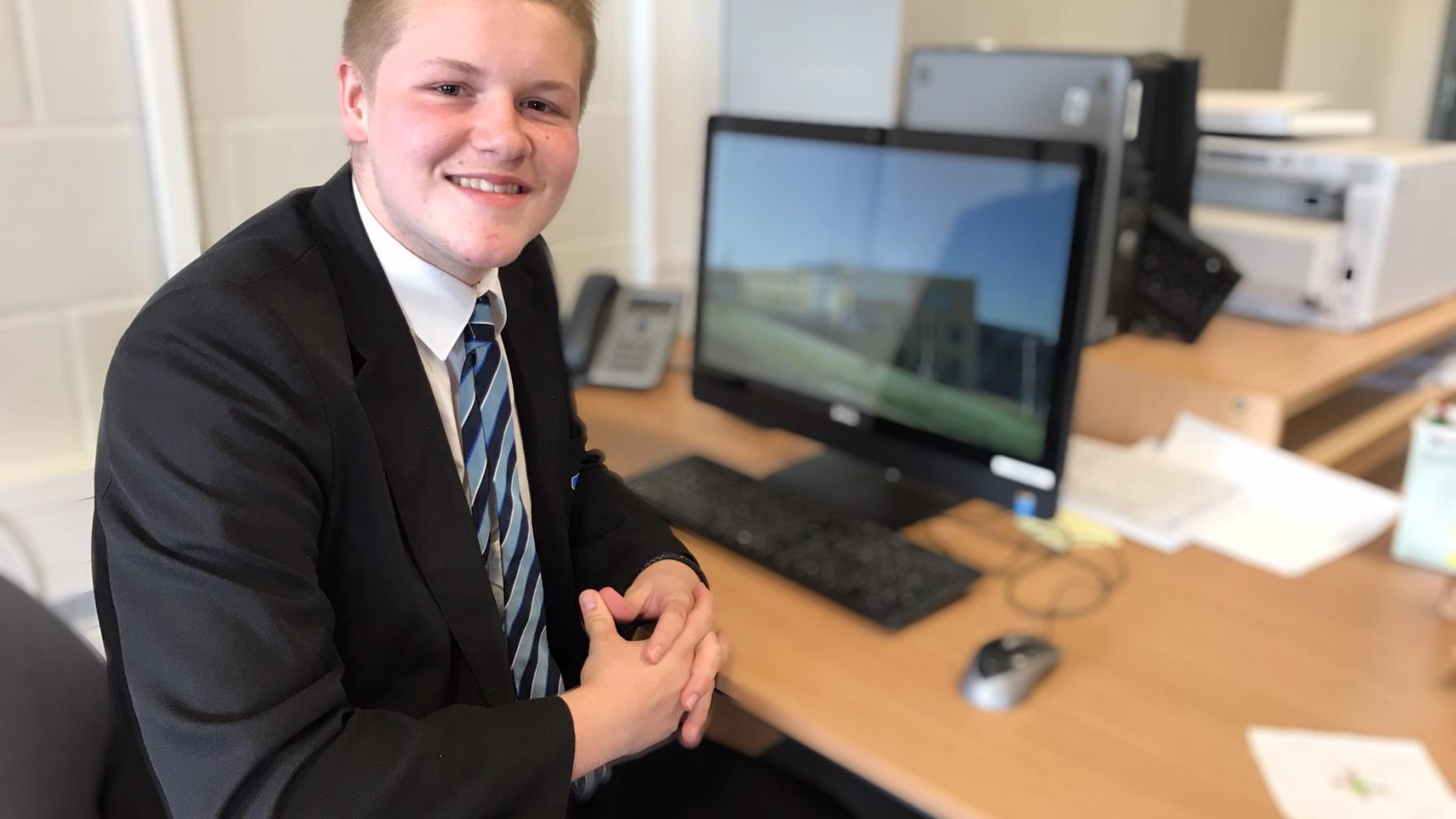 On being presented with the award, Jake said: “I wasn’t told I had been nominated for the Gold Ambassador Award so it was a massive shock when I heard that I had won. I worked hard to develop my skills on this programme and I had been trying to use my initiative and be a leader in the tasks and activities I took part in. I also worked on my confidence by initiating discussion and leading presentations.”

Over the course of two years, Ambassadors take part in various employer-led activities, classroom skills development sessions and visits to different workplaces. One of the highlights for Jake was visiting and working with companies including WANDisco, Lightworks, Diva Creative, Barclays and Benchmark Recruit and seeing how tech is utilised in the workplace:

“It was really eye opening. We saw how businesses worked as a team and I especially enjoyed the visit to Barclays Bank where we worked in groups of eight to solve problems, which helped me build up my team working skills.”

He added: “It was great to see how Virtual Reality was used to design models of a car with Lightworks. I also enjoyed working together in groups to present to other Ambassadors from different schools on how VR could be used in a sector of our choice.”

Another highlight for Jake was his two-week work experience at Santander’s testing services in Carbrook: “I gained experience in software testing for their Customer Relationship Management (CRM) services that are tested there before being put into use in their branches. I was given a lot of responsibility using real credit cards loaded with money to test the systems – in fact, I had a pack of multiples of these on my desk!”

Jake is going on to study A Level Computer Science, Maths, Business Studies and Economics at All Saints Sixth Form. He said: “My cousin went to All Saints and recommended it to me, but I also met some of the staff and students who already attend there through this programme and I was impressed. After my A Levels I want to go on to do either a high-level apprenticeship or a foundation degree in Software Development, which I found out about at an event on this programme.”

Jake believes that the programme has helped him prepare for his future and is beneficial to anybody who wants to prepare themselves for the world of work. As he says, “You need to be tech savvy no matter what!”