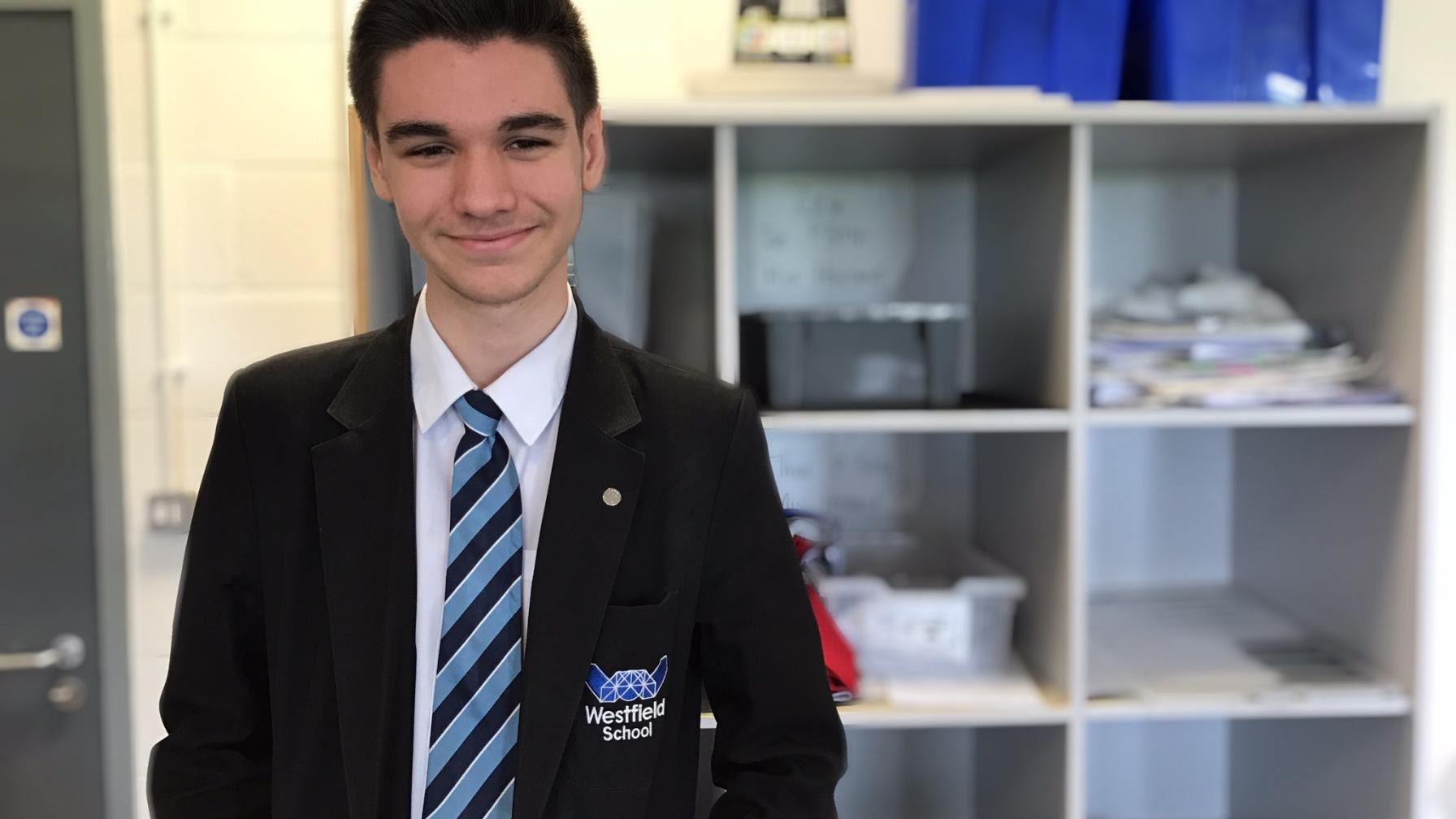 Westfield School student Ryan is a Gold Ambassador on the Better Learners Better Workers programme. He was awarded the Star Gold Ambassador award for his hard work and progress on the Digital Technology sector strand of the programme which gives students in Years 9 and 10 an insight into the tech industry.

Ryan started the programme in Year 9 as a shy student who saw the programme as an opportunity to work on his confidence and learn more about computing, which he has been passionate about from a young age: “I’ve been interested in computing since primary school and I thought the experience you gain on this programme would look good on my CV. Not only have I learnt about computer science and the tech Industry, but I have become a better team worker and developed my confidence.”

On receiving the Gold award, Ryan said: “I didn’t expect to win the Gold Ambassador Award so I was happy but also shocked. I am proud to have been given this award as it proves that I am capable. My friends on the programme said they weren’t surprised I had won the award as I had made so much progress since the beginning and they were all really proud of me.”

Speaking of his progress, Ryan said that his confidence had developed so much that he was able to lead a teaching session alongside fellow Ambassadors: “I had the experience of teaching a session for primary school children using Lego Mindstorms Robotics. We had to work together as a team to design the lesson using the skills we had already learnt and then teach this to children from three different schools. We got them to code the robot so that it would race around a course in a competition amongst themselves. I wouldn’t have been able to plan a lesson and stand up and teach a class before I started on the programme.”

Ryan has also taken part in visits to companies such as Barclays, where Ambassadors witnessed tech in action at the bank: “We learnt about Cyber Security in the real world which was really interesting. We saw how it is evolving and how eventually banks will use things such as body scanners to identify people.”

Ryan put the skills developed on the programme to the test during his work experience at a local primary school: “I worked as a teaching assistant supporting the pupils with ICT and Maths, which definitely put my resilience to the test! Whilst it wasn’t tech based, it allowed me to use the skills I have developed such as team working, confidence and professional skills, and I enjoyed helping to teach something that I am passionate about.”

After leaving school, Ryan is going to Wales High School to study Maths, Further Maths, Physics and Computer Science A Levels and hopes to pursue a career within computer science.