Ambassadors learn about careers in sport at Doncaster Keepmoat Stadium 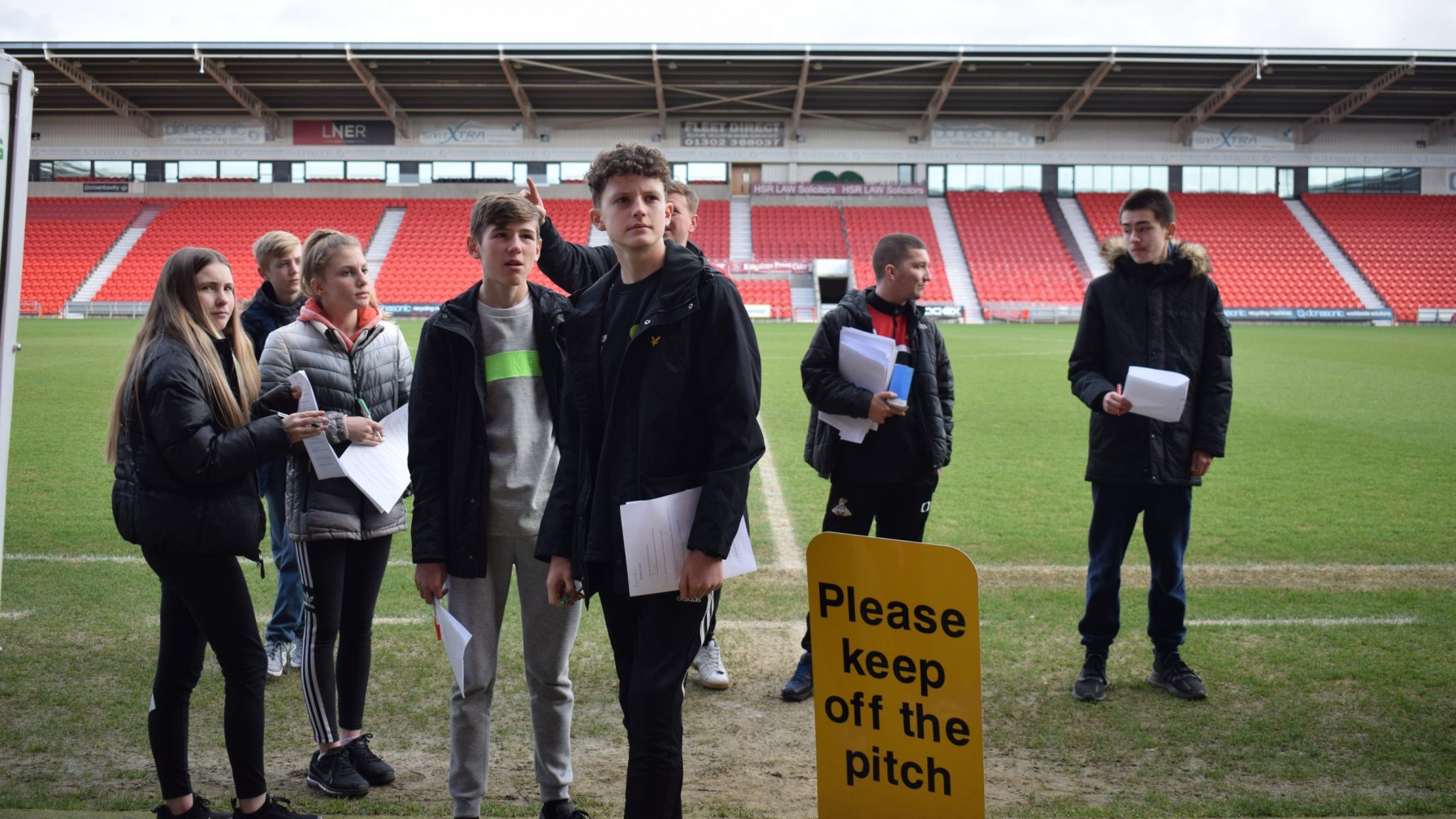 The Ambassadors who attended this ‘Skills Matter Day’ were from across the BLBW strands. The Year 9 and 10 students enjoyed several different activities led by a variety of staff members. This included a tour of the stadium where students heard about the different roles and jobs which keep the football team and stadium running, such as press, catering and physios. They also took part in team building activities where they developed their communication skills, football-based activities, and a quiz which was focused on all the different careers associated with football.

John Barber, Chief Executive and Co-Founder of The work-wise Foundation, says: “I think days like today are completely different for the students. They’re getting to see a football stadium and go behind the scenes, not a lot of people get the opportunity to do that! And they’re not just seeing the stadium; they’re hearing all about the different careers needed to keep it running.

“I think the Better Learners Better Workers Programme is a privilege for a student to be involved in. The most noticeable thing they get out of it is the wider experiences and the confidence. The change in students from the beginning of the project to the end is huge.”

The Community Coach at the Doncaster Rovers who was leading the tours around the stadium said: “I think events like this are important for young people. It opens their eyes to all the different career opportunities within football and shows them there’s more to football than just playing.”

Louis Nuttall, a BLBW Engineering Ambassador, enjoyed the day at the Stadium: “Today has been really fun, we’ve done sports skills such as dribbling, crossbar kicks and shoot outs. We also had a tour of the stadium, we saw the changing rooms, pitch and behind the scenes. We then did some teamwork activities and a careers quiz.

“I didn’t realise there were that many jobs within the sports industry, it’s definitely opened my eyes to the wide variety of roles needed and how many different jobs there are.”

I didn’t realise there were that many jobs within the sports industry, it’s definitely opened my eyes to the wide variety of roles needed and how many different jobs there are.