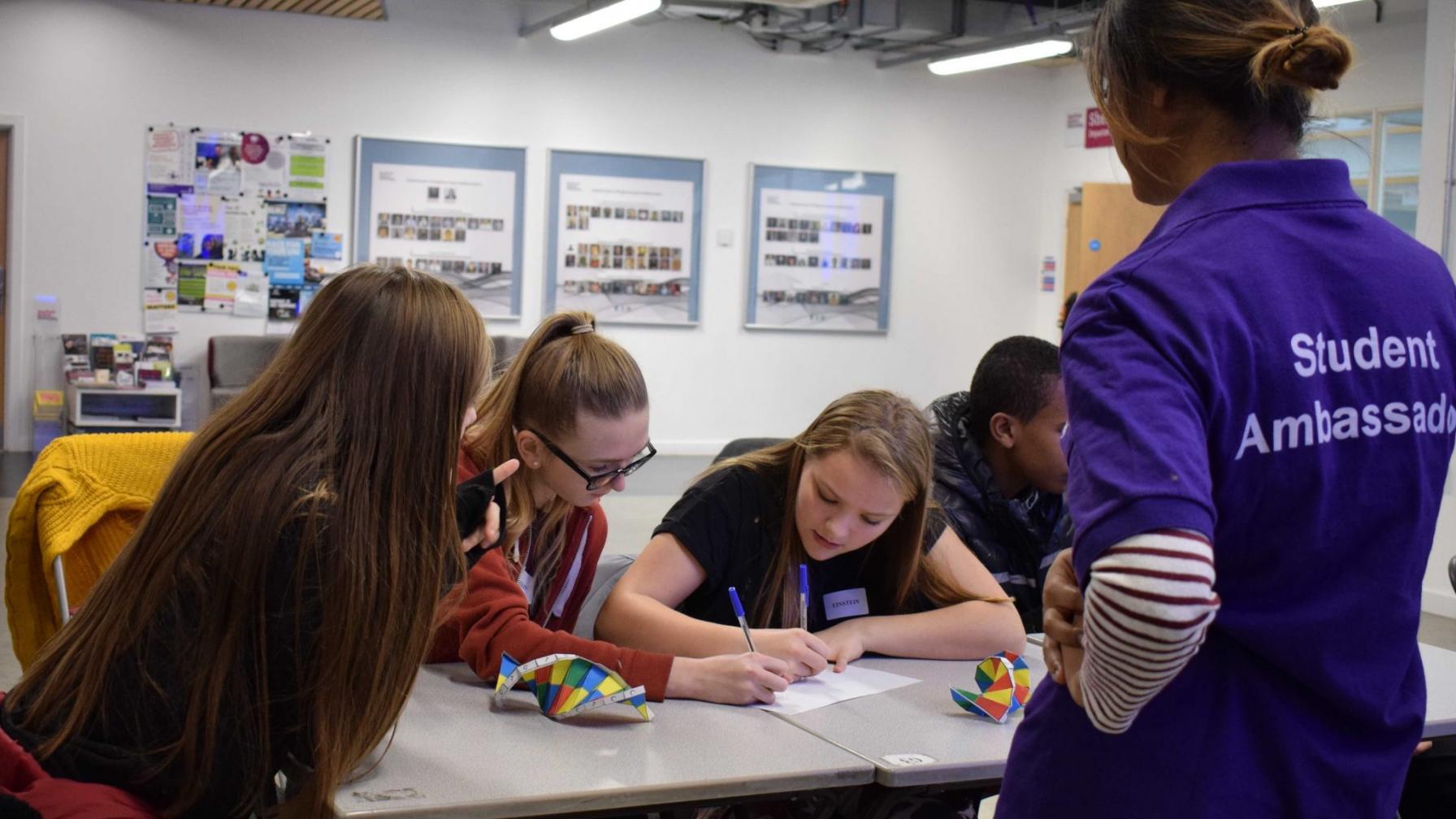 Sheffield Hallam staff and students delivered the sessions which form part of their ‘STEM Roadshow’, made up of talks and activities based on: Bioscience and Chemistry, Digital Media, Environmental Science and Engineering.

During the Digital Media session, the BLBW Ambassadors had the task of designing a mobile app. They had to think about the purpose of the app and who their target audience would be, as well as thinking about a name for the app and what the logo would look like. One group came up with the idea of a music app which doesn’t need the internet to work and where people could also chat to one another.

Ambassadors watched a short video during the Environmental Science session which explained Abu Dhabi’s ‘city of possibilities’, Masdar City. In 2008, Masdar City embarked upon the ‘daring and evolutionary journey’ to become the world’s most sustainable eco-city. After watching the video, the Ambassadors were asked to  develop an environmentally friendly plan for a school or college where they had to bear in mind outdoor spaces, generation of food, waste and recycling.

The final session was an interactive presentation where Sheffield Hallam staff explored and discussed the possibilities of engineering with the Ambassadors, highlighting the importance of testing materials.

One of the Ambassadors commented saying: “I really enjoyed the engineering session, I’d like to be an aerospace engineer.”

Another Ambassador said: “I think today has been really interesting and I’ve learnt some new things.”