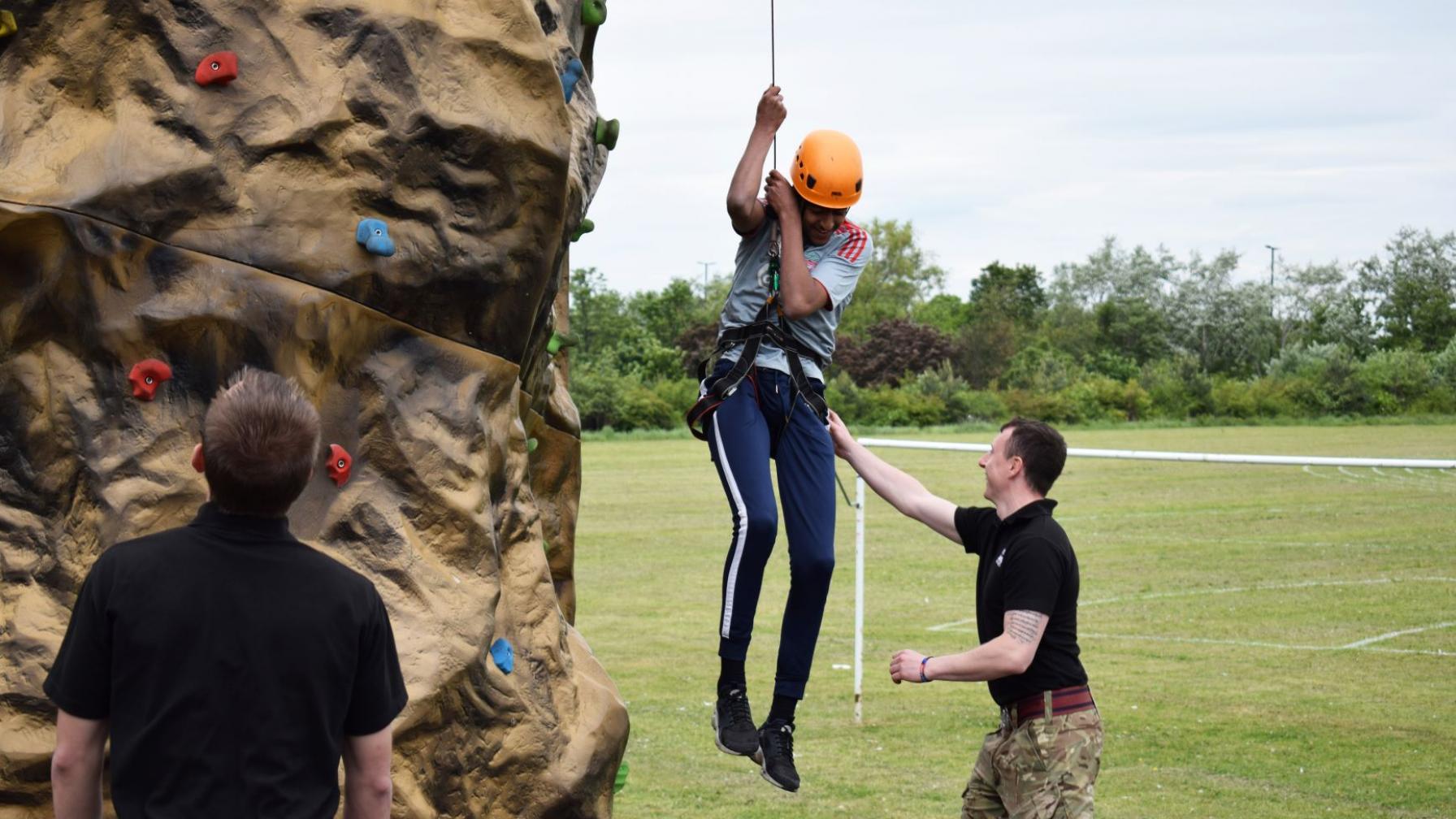 Seventy Ambassadors on the Better Learners Better Workers programme spent a day of their half term taking part in Army-led training activities hosted at Sheffield Park Academy. The “Skills Matter” day was aimed at developing confidence, communication and teamwork.

The students, from ten schools across Sheffield, Doncaster and Barnsley, were separated into teams and went head-to-head in a carousel of activities led by the Army’s Yorkshire Regiment. These included an inflatable obstacle course, airsoft target practice, a blindfolded minefield challenge, a climbing wall, a desert island survival mission, Lego bridge building, a radio-controlled blindfolded assault course and Virtual Reality adrenaline sports. The success of the teams was influenced by their team leader, who was appointed by the Army. They were responsible for organising their peers and getting everyone involved.

Each challenge was judged on the team’s overall success and how well they communicated and worked together. The Ambassadors all got stuck into the activities, being put through their paces by the Army and developing their skills throughout the day in challenging situations.

After their final activities, the Ambassadors all came together to hear the winners of the day. The Purple Team were successful and presented with medals for winning overall. An award for the person who had developed most within the day was presented to Year 10 student, Rachel, who Major Mally Birkett said had visibly grown in confidence.

Rachel said: “It’s been a very good day. My favourite bit would be the obstacle course and the minefield task. They were both really challenging and competitive, but it was done fairly. It’s a good way of developing your skills without even realising.”

Another Ambassador said: “I enjoyed trying new things like the airsoft. I think it’s improved my confidence and communication, and it’s been a good way to socialise and meet new people.”

Better Learners Better Workers Project Lead, Sarah Ward, said: “We chose this style of day because it wasn’t focused around a particular sector. Today we have students on the Engineering, Health, Construction and Arts and Culture sector programmes, so we’ve made it a day to develop general, transferable skills that they can all be part of. We enlisted the Army, who came up with different skills stations based on the employability skill set we focus on within the programme. It has been a really fun way of delivering the variety of skills, and everyone has been able to get something different out of it.”

Major Mally Birkett, from the Yorkshire Regiment, said: “Today was all about giving them the opportunity to communicate with different people and develop in confidence and self-belief. It has a knock-on effect, so hopefully they’ll keep in touch with the people they’ve engaged with today and they will see how opportunities like this benefit them in the future.”