New BLBW Ambassadors put their presentation skills to the test 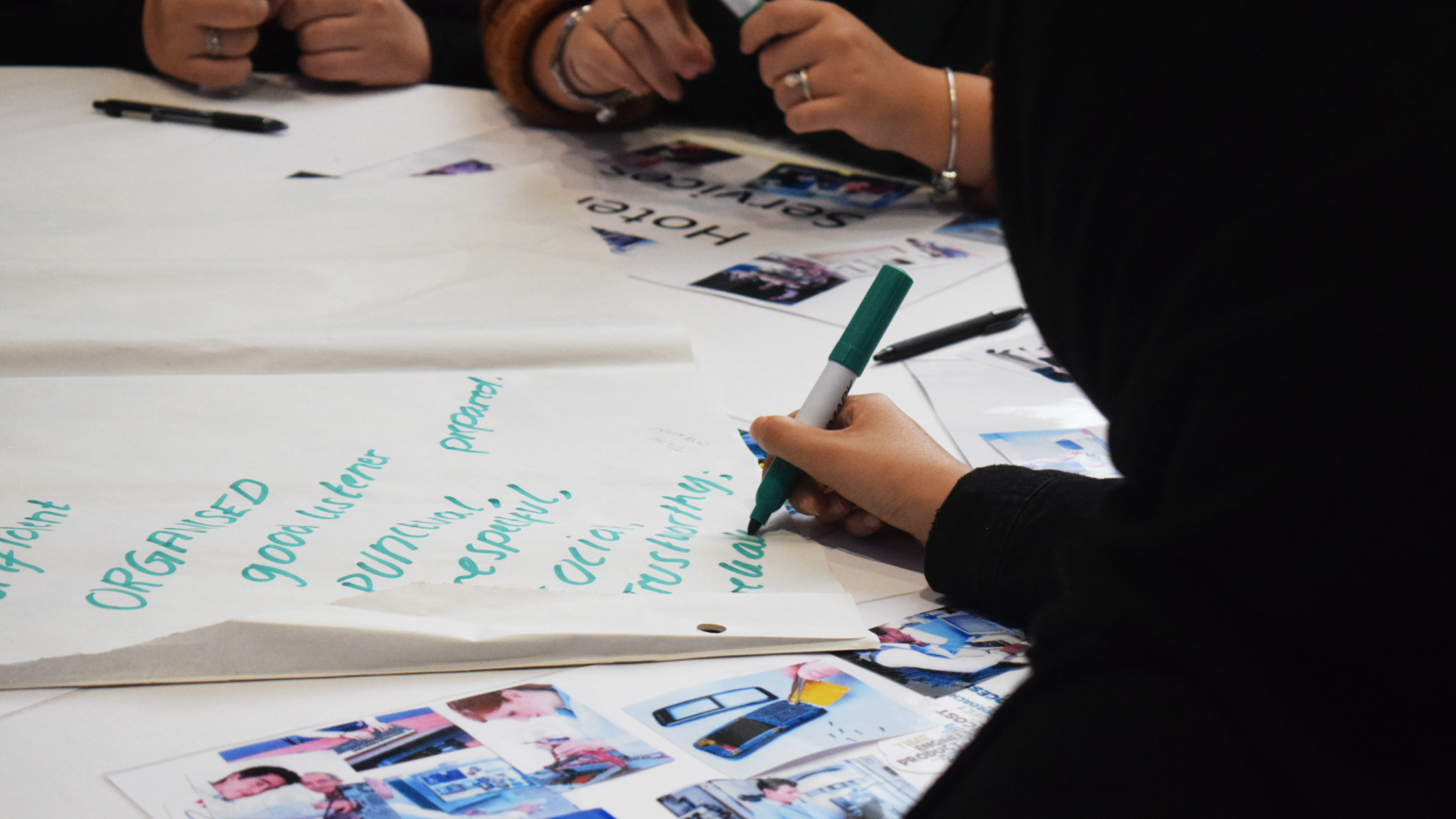 A new cohort of Year 9 and Year 10 Ambassadors spent a day of their October half term at the prestigious Cutlers Hall in Sheffield, where they were welcomed to the Better Learners Better Workers (BLBW) programme and found out more about their chosen sectors.

The day kicked off with a tour of the Cutlers Hall , home to the prestigious employer association for the engineering and manufacturing sector, the Cutlers Company, who also helped to found and shape the BLBW programme. This was followed by a variety of group activities, these activities helped the Ambassadors, who attend a variety of schools, get to know each other.

BLBW project lead, Sarah Ward, said: “Today is the first day for any new Year 9 or Year 10 Ambassador. So, it’s the first day that they have all met and been mixed up with students they don’t know – which can be quite daunting!

“But we’ve already seen some students taking upon themselves to sit and interact with students from different schools, which is really good to see and shows that they’re developing their skills already.”

Ambassadors were then grouped into their relevant sectors of either Healthcare, Construction or Engineering. In their groups they worked with the sector leads who introduced them to the skills needed in that sector and how those skills might cross over with other sectors. The sector leads also spoke to the teenagers about what is means to be a BLBW Ambassador.

After completing various tasks with their sector leads, which enabled the teenagers to start practising the 15 skills that they learn throughout the programme, the Ambassadors were put to the test. The Ambassadors had to prepare a presentation in groups based on what they had learnt earlier in the day – explaining what their sector is, why their sector is important and what links it has to other sectors.

Towards the end of the day, and after some time to practice, the groups bravely stood up in front of their families and the immediate past Master Cutler and presented all the information they had put together about their sector.

Once the presentations were finished, all the students received a badge from the immediate past Master Cutler, officially welcoming them on-board as an Ambassador in training.

...we’ve already seen some students taking upon themselves to sit and interact with students from different schools, which is really good to see and shows that they’re developing their skills already.